On this day in 1957 The USAF 27th Tactical Fighter Wing took delivery of their first F-101A Voodoo.

The F-101 was a supersonic jet fighter built by McDonnell Aircraft that served with both the USAF and the RCAF. It was initially designed as a long-range bomber escort but was instead developed into a nuclear-armed fighter-bomber and a photo reconnaissance aircraft. It was retired by the USAF in 1972, the Air National Guard in 1982 and the RCAF in 1984.

A large number of these aircraft are on display at various museums, including the outstanding National Museum Of The United States Air Force in Dayton, Ohio. 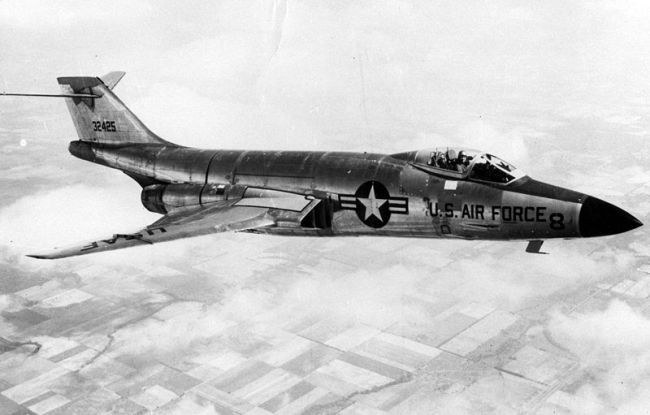