It’s never easy coming up with a Hero of the Month in military aviation for the simple reason that there are so many to choose from, significant for a variety of feats and accomplishments in the cockpits of their aircraft. For the month of June, I decided on French-American WWI fighter pilot Raoul Lufbery after looking into his life as an aviator with the French and American militaries post-reading a brilliant book by Jeff Shaara that brought across a semi-fictionalized version of Lufbery’s time in WWI. 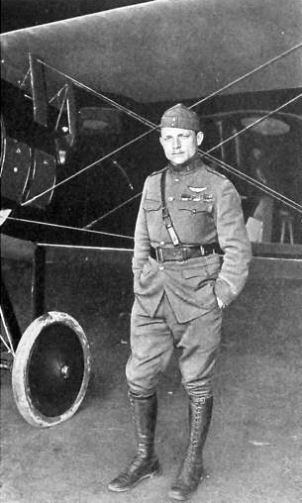 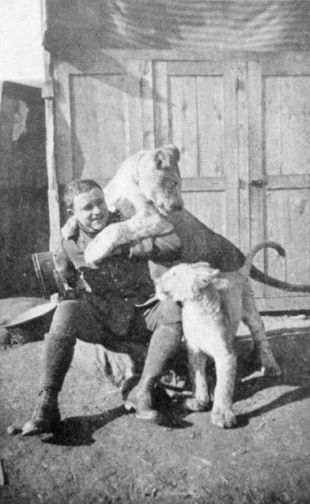 Raoul Lufbery was born to an American father and a French mother in Puy-de-Dôme, France in 1885. After the death of his mother, he was remanded to the care of his grandmother while his father returned to the United States. Growing up was tough for Raoul, and by age 17 he ran away from home, travelling for a short while before finding a new home in the United States Army. Serving in the Philippines, he worked towards a discharge after the conflict’s end and once again traveled, this time as far as India and Japan before settling briefly in French Indochina as a mechanic for Marc Pourpe, a famous French aviation pioneer and stunt pilot in 1911, who was, at the time, performing regular barnstorming routines in Calcutta. Pourpe took a liking to Lufbery and almost immediately hired him as a mechanic, teaching him how to fly while in his employ.

Come 1914, Pourpe enlisted himself in the French Air Service as the First World War loomed and Lufbery came along as his ever-loyal mechanic after a stint in the Foreign Legion.  Pourpe died after a vicious dogfight with a German Fokker in 1914, motivating Lufbery to apply for pilots training to avenge his dear friend and mentor. I should mention that there are massive numbers of pilots who are born to fly; who have natural instincts when it comes to fighter planes and the sort. Lufbery was not one of these people. But what he lacked in talent, he made up for with perseverance, awareness and dedication. Lufbery was often the butt of jokes and friendly ribbing from his fellow pilots because of the attention he paid to his aircraft, maintaining it with the mechanics instead of leaving the mechanics (who were considered inferior by pilots as they did not possess a commission) to do their jobs by themselves. He habitually polished each and every single bullet before inserting them into the drums of his aircraft’s machine guns to minimize the chance of jamming while in-flight. It was his commitment and acquired skill as a pilot that earned him his kills in the air, granting him the title of “ace” after five confirmed aerial victories.

Lufbery’s most famous connection was to the Lafayette Escadrille, a fighter squadron within the French Air Service made up of American volunteer pilots who willingly crossed the Atlantic to fight as America had not yet entered the war. In May of 1916, being an American citizen with relatively considerable flight experience, he joined the unit. After initially not getting along well with his fellow pilots, he quickly gained their respect through his prowess in the air and undying determination. Luf, as he came to be known by his comrades, wasn’t only known for becoming a leading ace. He raised a pet lion. Yes, you read that right. Whiskey the lion was adopted by the squadron as a mascot of sorts and became very fond of Luf, following him around like a pet, docile with most of the aviators (especially his beloved Luf).

After his first aerial victory in 1916, a few months after joining the Lafayette Escadrille, Luf downed four more in quick succession making him an ace and earning him a promotion. After 16 confirmed victories, Luf joined the United States Army Air Service as  a Major when America entered the war in 1917. Granted command of the 94th Aero Squadron, he flew with future aces including Eddie Rickenbacker and Doug Campbell. In the final year of the war, he tragically lost his life after pursuing a German Rumpler reconnaissance aircraft. When the Rumpler flew over the 94th’s airfield, Lufbery effectively “scrambled”, commandeering a motorcycle at the barracks and rushing to the hangars. Since his Nieuport 17 was removed from flight status for repairs, he took over another Nieuport ready to fly when the mechanics gave him the go-ahead. He immediately latched his sights to a German aircraft and attacked, but alas, his gun jammed. Soon after, witnesses including Rickenbacker claimed that his aircraft burst into flames. Flipping, upside down, a solitary figure plummeted from the cockpit to earth, hitting a metal fence and immediately losing his life. The loss of Lufbery is still surrounded by a lot of conjecture, but many believe that the ace willingly bailed rather than remain in the burning aircraft as he was known to have a slight phobia of fire. Judging from the autopsy of his corpse, however, it was determined that the roll and subsequent ejection of the pilot was the result of a bullet severing the thumb of the hand at the control column; this injury lost Luf control of his biplane, already ablaze from tracer bullets igniting his fuel tank.

Raoul Lufbery died with 17 kills officially credited to his name, though fellow aviators who flew into battle with him say that the real number was more than likely in the 50s. His indomitable spirit, his perseverance and all-round “badassness” * makes Luf one heck of a pilot and Milaviate is truly honored to make him our hero of the month for June 2014. 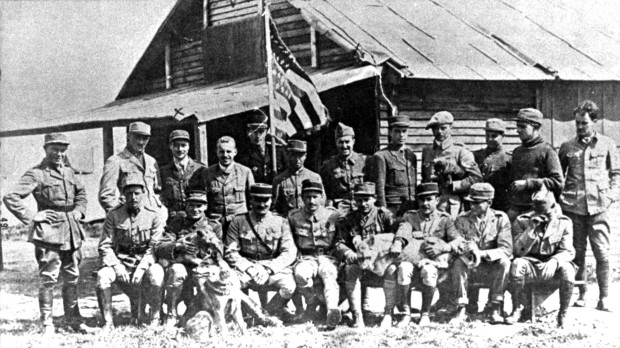 *If “badassness” isn’t a word in the dictionary, it should be. With Luf’s picture right next to it as an example.

The YA-9 has its first flight

by Shooter in Uncategorized

On this day in 1972 the Northrop YA-9 had its first flight. Faced with criticism that the Air Force didn’t take close air support seriously, the Attack Experimental program office was formed and, on March 6, 1967, a request for information was sent to 21 contractors with the goal of developing a low-cost, highly survivable aircraft. From [read more...]