After General Dynamics won  the ACF contract with the United States Air Force to produce their F-16 Fighting Falcon as a primary fighter aircraft, GD turned their sights towards the United States Navy’s NACF (a similar program with similar intentions, albeit for a navalized fighter). Having faced and beaten Northrop’s previous YF-17 Cobra in the ACF competition with the YF-16, General Dynamics’ head honchos were confident in their chances and decided to team up with Ling-Temco-Vought Aerospace, due to the former’s lack of carrier aviation experience. The deal was beneficial to both parties. LTV would build the jet and General Dynamics would rake in a share of the profits from each unit sold. 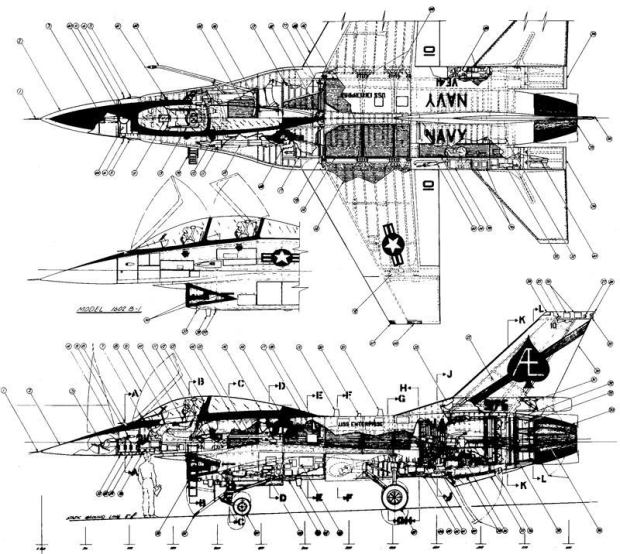 Vought and GD’s engineers and aerospace wunderkinds drafted three varying navalized F-16 concepts, the most prominent of which was Model 1600. The aircraft was primarily based on the Block 10 Fighting Falcon, however with a tailhook necessary for arrested recoveries aboard carriers, and a strengthened landing gear to accommodate jarring landings. The 1600’s main weapons were to be the AIM-7 Sparrow and the AIM-9 Sidewinder, by now the firmly-cemented standard in Western air-to-air missiles. Additional hardpoints were attached to the sides of the large chin intake underneath the fuselage. The 1600 would fly with a Pratt & Whitney F401, though the other two variants (1601 and 1602) were to be equipped with F100 and F101s respectively.

As it turns out, it was the engines (or lack thereof) that ended the Vought/GD entry in 1975. Among a few other reasons, the Navy wanted their fighters to fly with two engines, reasoning that one would compensate for a potential loss of the other while on-mission. General Dynamics finally lost out to the very aircraft it thought it would have easily bested- the Northrop-McDonnell Douglas YF-17 (Northrop partnered with MD for the same reason GD partnered with Ling-Temco-Vought), which would later go into service as the F/A-18 Hornet. The Hornet proved to be the next in a line of many success stories for US naval aviation, but it’s always interesting to think about the the F/A-16 that never came to be. That’s not saying the Navy doesn’t fly F-16s today… it sure does! At the Naval Strike and Air Warfare Center in Nevada, as aggressor aircraft, piloted by both Navy and Marine Corps instructor pilots. 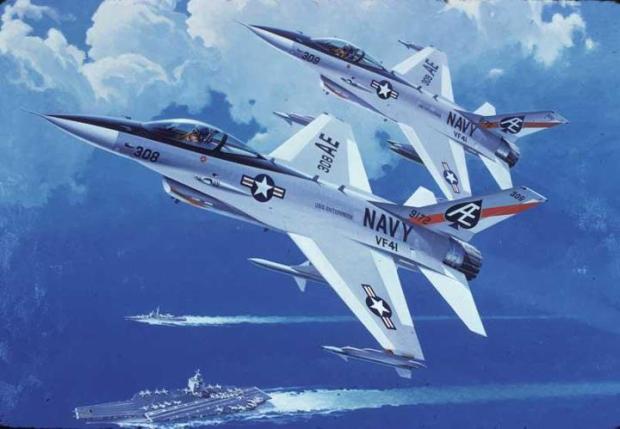