A United Kingdom F-35B Lightning II taking off from Eglin Air Force Base, Florida, USA. Personnel from the Royal Navy and Royal Air Force were at Eglin AFB familiarising themselves with F-35 air and ground procedures. The F-35B Lightning II will place the UK at the forefront of fighter technology, giving the Royal Air Force a true multi-role all weather, day and night capability, able to operate from well-established land bases, deployed locations or the Queen Elizabeth Class Aircraft Carriers. (UK MoD imagery/released)

Ordinarily, fixed wing aircraft require the use of a tailhook and arresting three/four arresting cables to safely come to a halt aboard the deck of an aircraft carrier. Jets like the AV-8B Harrier II, currently in use with the United States Marine Corps, don’t have the luxury of a dedicated angled deck for landing, as their strike fighter brethren do with the supercarriers of the United States Navy. So instead, Marine aviators make use of the AV-8B’s ability to hover using vectored thrust, emanating from a set of nozzles on both sides of the fuselage. The pilot slows down to a hover on the port (left) side of the amphibious assault ship that he’s about to land on, then nudges himself over the deck, decreases power steadily until he drops down, and then cuts it altogether to complete the landing. While this is quite effective and efficient, at least for the Marine Corps’ purposes, such a system for aircraft capable of short/vertical takeoff and landing (STOVL) can actually be improved to a degree.

At least that’s what the Soviet Union found out, back in the 1970s and 1980s with their Yak-38 Forger VTOL carrier-based fighters. Using what we today call the “shipborne rolling vertical landing” (SRVL) technique, the Soviet Navy’s pilots performed something very similar to a traditional rolling landing on the decks of the Kiev class of aircraft carriers, realizing that ending a sortie with such a recovery would actually give them substantially improved ranges, especially considering the fact that the Forger used not one but three engines to give it its VTOL capabilities, all of which were incredibly fuel-thirsty. Though the days of the Forger have been over since the early 90s, the British Royal Navy intends on bringing back the SRVL technique for use with their new Queen Elizabeth class carriers, and the F-35B Lightning II, the next-generation STOVL stealth fighter that’ll function as the Fleet Air Arm’s primary combat aircraft going into the future. 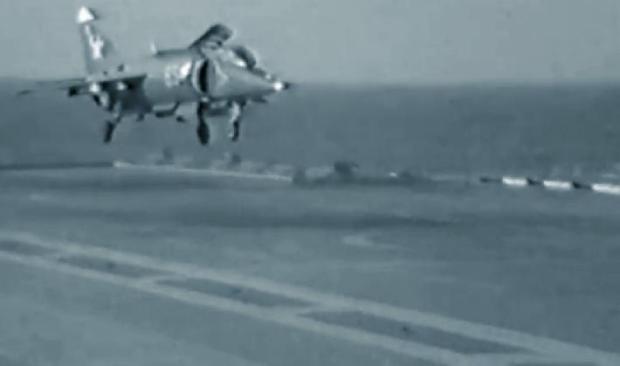 A Yak-38 during an SRVL-type landing aboard a Soviet carrier.

Previously tested by QinetiQ, a UK-based multinational defense contractor, on a modified Harrier II in 2007-08, the SRVL is absolutely feasible for the Royal Navy. Instead of entering a full hover with no forward motion prior to landing, the aircraft will approach the flight deck with the F-35B’s onboard computers controlling the vectoring nozzles in such a way that the wings still maintain lift, though barely above stall speed, and the aircraft still registers a hover, though it’s more of a very controlled descent than anything else. Upon touching down on the flight deck, the aircraft will continue rolling, just as though it executed a regular land-based recovery, but will use disc brakes within the landing gear to come to a full stop. Not only does this allow for improved range, it also allows the aircraft to recover with a larger weapons and fuel load. The wear and tear inflicted on the engine is also greatly reduced, and the landing surfaces of the carrier aren’t as affected as they would be during a direct hover landing, especially taking the brunt of vented thrust from the F-35’s powerful main engine. Lockheed Martin was awarded a $13 million USD contract to develop the specialized software necessary for SRVL recoveries, along with BAE Systems and Northrop Grumman acting as the junior contractors on the job. Additionally, the Queen Elizabeth ships will need a lighting system installed on the flight deck to determine the appropriate touchdown points in nighttime and low visibility conditions. The Royal Navy expects its F-35Bs to achieve initial operating capability by 2018, and the HMS Queen Elizabeth, the lead carrier of the two-ship class, will enter full-fledged service by 2020. 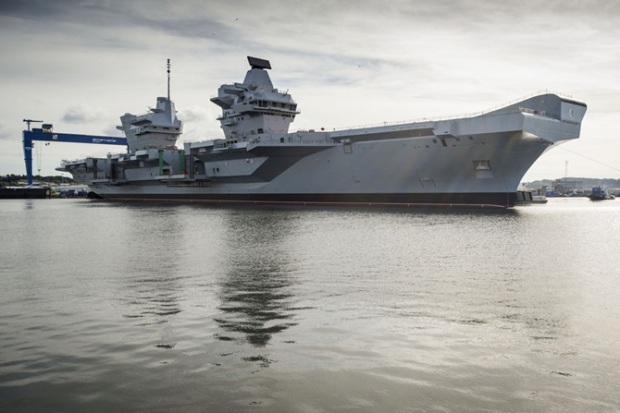 3 Comments on The Royal Navy Plans on Landing Their F-35Bs at Sea, Soviet-Style 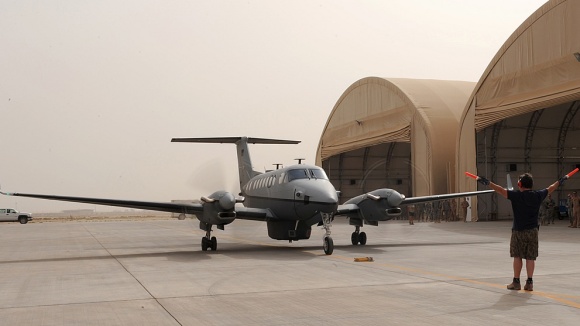