The 2016 Syracuse Air Show in Western New York was originally supposed to feature the US Navy’s Blue Angels flight demonstration squadron as their headlining act, but with the loss of their Opposing Solo pilot Jeff “Kooch” Kuss (Blue Angel #6), the team withdrew from shows for the time being and returned to NAS Pensacola, Florida to grieve their fallen teammate and to determine the best course of action for the remainder of this airshow season.

The show’s other acts include the US Army’s Golden Knights parachute demonstration team, as well as the F-16 Viper demo and the GEICO Skytypers, but without the Blues, the lineup feels a little empty, especially with the incredibly sad reason for their cancellation. However, the show will most certainly go on, according to Syracuse’s organizers, now dedicated to the memory of the deceased Blue Angel. Profits from the show will be going towards support the Kuss family in their time of need.

Now, the world’s only civilian Sea Harrier airshow team will be pitching in after a last-minute request from Syracuse’s organizers to assist with the show. Featuring a retired US Marine, Lieutenant Colonel Art Nalls, Team SHAR as they’re more popularly known, will be bringing their gray Sea Harrier and an L-39 Albatros to New York where they’ll perform for a reduced fee, and will also donate a considerable portion to Kuss’s family. 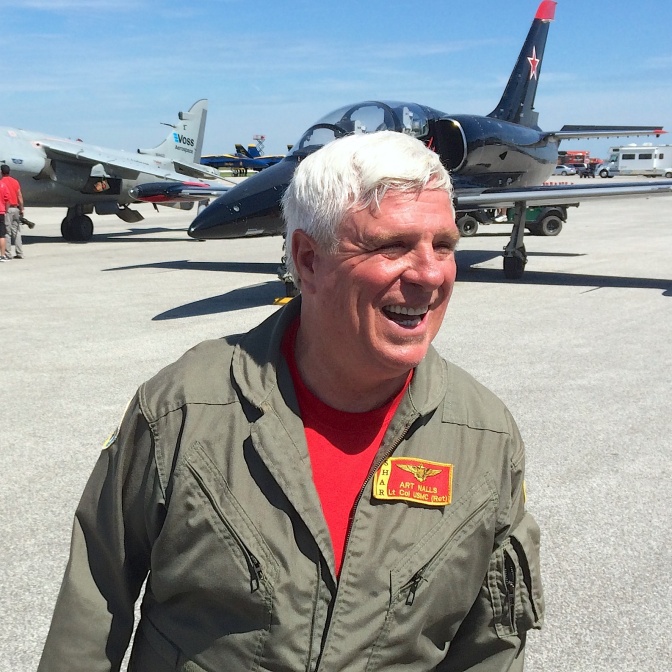 “A very busy weekend for our team. At 10:30 pm on Friday, I received a phone [call] … The show wants to continue, dedicated to the memory of Capt Kuss. ALL profits are going to support the family of Capt Kuss. Can we be there to support them?” Nalls says on his personal Facebook page. “Of course we’ll be there,” he enthusiastically replies. Team SHAR, having recently completed a demonstration, was in a stand down state of their own, as they didn’t have another scheduled performance for a while. Their aircraft required maintenance, their truck was in the process of being serviced, and the support trailer was also in the middle of being worked on.

But when the organizers called, Team SHAR kicked into high gear and readied themselves to roll out to support the show. “Emails were flying all weekend to get a quorum of mechs, driver, pilots, and planes ready,” said Nalls. The former Harrier pilot flies with Major General Joe Anderson, a man instrumental in helping to successfully integrate the AV-8A Harrier into the Marine Corps’ air wings. Anderson retired in 2001, while Nalls retired in 1998… both much before Kuss earned his commission as an Officer of Marines in 2006. However, the brotherhood that links the three Marine aviators transcends time, and Team SHAR’s willingness without hesitation to help out with the Syracuse show for the benefit of Kuss’s family truly  demonstrates the spirit of “Semper Fidelis”, the Latin motto of the Marine Corps which translates to “Always Faithful”.

As Art aptly puts it, “While the airshow industry is indeed a business, it’s actually much more for the performers, supporters, and promoters. It’s more like a family.” If you can be there at Syracuse this coming weekend (June 10-12), please consider making your way over to the show. Though the previous headlining act has been canceled, Nalls Aviation expressed that they want people to continue to purchase tickets for the show, knowing that even though they won’t see the Blues perform, their money will go to do good for the family. It’s for a fantastic cause, and you’re bound to see some incredible flying and airmanship from some extremely gifted aviators. 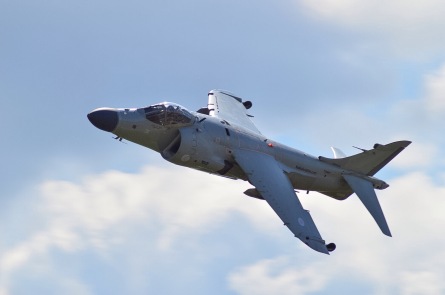