Yeah, you read that right… the Russian Navy will be forward-deploying its only aircraft carrier to carry out airstrikes on ground targets in Syria as part of Russia’s commitment to supporting beleaguered Syrian President Bashar al-Assad against rebel and terrorist factions. This marks the very first time in Russia’s history where it has sent an aircraft carrier on a combat deployment, and the first time Russian Naval Aviation will face active combat usage while at sea.

The Admiral Kuznetsov, named for a legendary Russian naval officer, is apparently the crown jewel of the Russian Navy, serving as the force’s largest combat vessel, and its de facto flagship. Built between 1982 and 1985, the Kuznetsov is actually known as a “heavy aircraft-carrying missile cruiser”, meaning that its mission differs from that of a conventional aircraft carrier like those operated by the United States Navy. The Kuznetsov basically functions as an oversized fleet-defense vessel, with the ability to engage other surface warships using a payload of P-700 Granit/Shipwreck cruise missiles, submarines using a small contingent of helicopters, and aircraft using the Su-33 Flanker-D or MiG-29K Fulcrum, or a battery of 3k95 Kinzhal/Gauntlet SAMs. Conversely, American aircraft carriers are centered entirely around their large air wings, and don’t rely on cruise missiles as primary weapons, nor do they serve as fleet defense vehicles. All in all, Kuznetsov seems to be a very powerful boat, with enough in the way of armament to dish out a world of hurt. But… 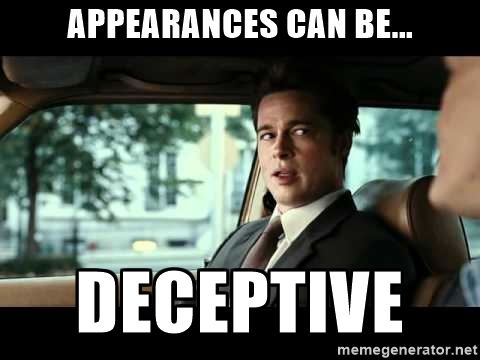 As it turns out, Kuznetsov doesn’t exactly have the best history in the Russian Navy. In fact, the phrase “If you misbehave, you’ll be sent to the Kuznetsov“ has floated around the Russian Navy for years. Assignments to Kuznetsov are thought of as punishments for sailors who habitually screw up, and extended deployments out of port are considered to generally be among the worst kind in the Russian Navy.

The ship itself is built with archaic internal infrastructure, including pipes that freeze over constantly, reducing water supply by over 60% to cabins on the ship. Of around 50 latrines aboard the vessel, only 20-25 of them are operational… for a crew of nearly 1500. Ventilation systems are constantly in and out of order, and the ship’s engines are prone to breaking down while underway, necessitating the Navy deploying an oceangoing tug along with Kuznetsov whenever it heads out to sea. Occasional fires, outdated gear and equipment, and poor readiness levels among the crew – not to mention over six hours of formation (where crew stand in formation to receive orders) daily – appear to lend more credence to the aforementioned phrase.

A three-month refit last year attempted to mitigate some of these issues by repairing and adding to the ship’s onboard electronics, fixing up the ship’s propulsion, and “modernizing” the rest of the ship to a current standard. Just how effective such a modernization effort was is anyone’s guess. But that’s not where Kuznetsov‘s laundry list of problems ends!

The Kuznetsov was built in a STOBAR configuration – Short Take Off But Arrested Recovery. This means that aircraft are launched under their own power off a ski jump, instead of using catapults like American and French carriers (CATOBAR- Catapult Assisted Takeoff But Arrested Recovery). STOBAR is far less of a hassle than the CATOBAR system, as there aren’t as many moving parts and processes to account for. There are no complex catapult setups, just taxi your aircraft up to a launch point on the flight deck, receive the “go-signal”, push the throttles all the way forward and hope that you’ll be climbing after your wheels leave the ski jump ahead of you. Catapults break down all the time, given the wear and tear they’re subjected to during typical cyclic carrier operations. But, STOBAR does have its own set of shortcomings which negatively impact the Kuznetsov air wing’s combat effectiveness.

The most glaring of these shortcomings is the fact that its fighters have to take off with a reduced bomb and fuel load, so that they are light enough to actually get into the air instead of flop into the sea on launch. This points towards a reduction in range, a further reduction in firepower, and possibly reduced effectiveness on target due to the munitions Kuznetsov‘s aircraft will presumably be launching with. On top of that, to ensure safe takeoffs, the ship has to be steaming into the wind at a minimum of 20 knots, which adds more strain to the vessel’s decrepit steam turbines, which have an almost-natural propensity for falling apart at the most inopportune moments, while in sustained operation. Russia does not have organic aerial fuel tanking assets in the area (the Mediterranean), and so, the Russian Navy plans on stationing Kuznetsov close to shore so that its fighters can return to the carrier after launching with a reduced fuel load. STOBAR does not allow for the same frequency of launches/recoveries and tempo of operations as CATOBAR affords American (and French) carriers, meaning that the Kuznetsov‘s air wing will only be able to fly a very defined and limited number of sorties daily (if at all daily).

The ship is capable of fielding Sukhoi Su-33 Flanker-D air superiority fighters, though Russia’s small complement of Su-33s (around 19 in total) was originally to have been retired by last year. A lifespan extension program could possibly keep them in the fleet for a few years longer. Russia bought and built around 20 MiG-29K Fulcrum-D multirole fighters as a replacement for the Su-33 over the past four years, and those would seem to be the likely aircraft of choice for the cruise. The Russian Navy has a small fleet of Su-25UTG Frogfoot attack aircraft that are carrier-capable, though they are only used for training purposes. RT reports that 15 Su-33s and MiG-29Ks will be along for the deployment, but the service life extension program that the Su-33 is scheduled to undergo may preclude it from embarking aboard Kuznetsov. Additionally, the Kamov Ka-52 Hokum-B attack helicopter supposedly will also be deploying with the ship.

All in all, it will be interesting to see how such a deployment plays out, and just how Russia’s sole carrier performs when placed in a combat situation similar to what American aircraft carriers have seen over the past 15 years (launching only strike and close air support missions). The tug that travels with Kuznetsov when it goes out of port will probably be along for the ride on this deployment, just in case. Russia expects to keep the Kuznetsov out of port till late January, which could also mark the longest deployment on record for the ship, though machinery issues could flare up as they have in the past, and bring the vessel back in far earlier. Upon its return home, it’ll undergo a massive overhaul and refit that’ll add 25 years to its life. 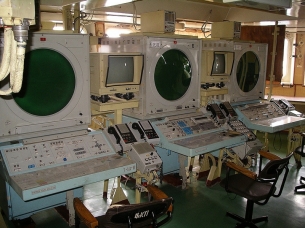 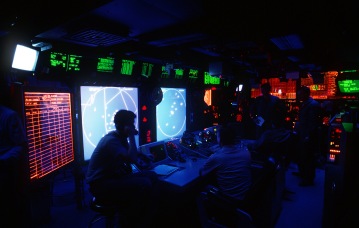 For giggles, here’s the combat information centers aboard two aircraft carriers; Russian on the left and American on the right.

You can check out pictures from aboard the Kuznetsov here: Ill Fame of the Aircraft Cruiser Admiral Kuznetsov