According to news outlets local to Sacramento, California, a Lockheed U-2S Dragon Lady crashed at around 0905 local time on a hill in the Sutter Buttes, setting off a large grass fire. Both pilots ejected successfully , according to US Air Force officials. The U-2S belonged to the 1st Reconnaissance Squadron at Beale Air Force Base, and was evidently a two-seater variant with an elevated rear cockpit, designed for training and pilot airframe familiarization, known as the TU-2S. The Dragon Lady was on a training mission near Beale; it is unclear whether or not this occurred after launch, near recovery or during the mission’s stretch. This brings the number of TU-2S’ in existence down to just four.

Details are forthcoming on the incident.

In 1996, just about a month and twenty years ago, another U-2 (this one a mission-capable single seater) was lost in the same general location after the pilot, Captain Randy Roby, declared an urgent in-flight emergency soon after taking off. In a matter of minutes, the situation deteriorated rapidly and Capt. Roby was thrown from his aircraft, still strapped into his seat. Roby, along with a civilian on the ground, was killed and two others were hurt by the falling wreckage.

This article will be updated as more news becomes available.

A U-2 Dragon Lady has crashed near the Sutter Butttes @ approximately 9am this morning. 2 Pilots ejected. Updates to come.

More details on the TU-2S crash that occurred today morning in Northern California have been brought to light. Air Force public affairs officials had previously reported that the two pilots of the TU-2S had safely ejected, but Beale Air Force Base’s public affairs team has now confirmed that one pilot has been killed and the other was injured, though the extent is unclear. Public affairs also confirmed that the aircraft experienced mechanical difficulties soon after takeoff, similar to the Roby incident of early August, 1996.

This is a close-up image of the crash site of the lost TU-2S. Still no word on the surviving pilot’s injuries. The names of the aviators involved will only be released after the next of kin of the deceased is notified, of course.

“The wreckage of a U-2 spy plane that crashed after taking off from Beale Air Force Base on a training mission in Northern California, is seen Tuesday, Sept. 20, 2016.” (Hector Amezcua/The Sacramento Bee via AP)

1 Comment on UPDATED: US Air Force U-2 Spyplane Goes Down in California 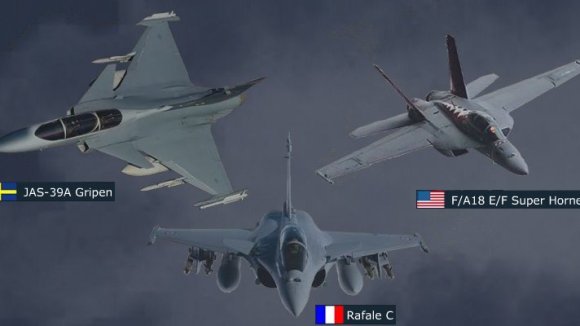 France Unable to Win Brazil Fighter Contract French defense contractor Dassault Aviation is set to lose out on the FX-2 $4B US contract for a 36 multirole fighter jets to replace the Brazilian Air Force’s Mirage 2000 fleet. The Mirages are to be phased out of service by the end of the year. It is reported that Boeing’s F/A-18E/F Super [read more...]