Two men in orange pressure suits exit a navy blue van near a shelter at Beale Air Force Base, California. Though they look the part, they’re not astronauts. However, the plane they’re about to strap themselves into will take them closer to the edge of space than almost any other air-breathing jet aircraft in the world. Nearby, a squat olive-drab box on wheels sits linked up to the right engine of the strange plane, emitting low growls as though it was a race car idling. Pre-flight checks are completed and the the two clamber up metal roll-away stairs, assisted by highly-trained Air Force personnel who have rehearsed this scenario over and over again until it is easily repeated through muscle memory. After the two are locked to their ejection seats, the startup procedure for this unique aircraft’s two engines begins around them.

The sound of an extremely powerful car engine fills the air around the plane, as the AG330 start cart begins to race two Buick V8 engines attached to cradles inside the dark green metal casing. These engines have no mufflers, and the resultant noise would deafen and disorient anyone nearby without adequate hearing protection.

A high-pitched whine permeates the large over-the-ear protective headsets worn by ground crew scurrying around the sleek black aircraft. Quickly, the whine mutates into a roar and a booming noise rumbles through the hangar, signaling the ignition of the gargantuan J58 turbojet, encased in a long pod on the starboard wing. The vertical driveshaft linking the AG330 to the engine’s core is removed, bolts are tightened and the start cart is pulled away to the underside of the second engine, where the process will be repeated.

The cart on the left side of the jet races and roars. Before long, a greenish lick of flame shoots out the port-side engine, its startup whine indistinguishable from sound of the spooled-up right engine.

The tandem canopies are manually lowered, sealing the pilot and his reconnaissance systems officer inside. All remaining linkages and chocks are removed, and the pilot carefully maneuvers his jet out of the hangar, crossing through a few taxiways until aligning upon the center of the runway he is now cleared to depart on. Moving the throttles forward with a practiced smooth motion, the twin J58s rattle windows nearby as the SR-71 Blackbird, the fastest manned jet aircraft in history takes to the sky, accelerating to rendezvous with a KC-135Q tanker prior embarking on a mission that’ll see it reach more than 80,000 feet in altitude and cruise at speeds in excess of Mach 3.3. 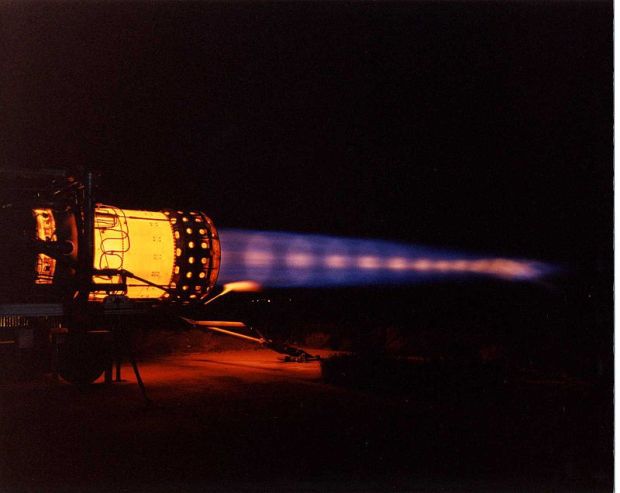 When designing the A-12 for the Oxcart program, Clarence “Kelly” Johnson sought to find the best way to power his design. He eventually settled on a turbojet purpose-built by Pratt & Whitney, the J58, which would be fueled with Jet Propellant 7 (JP-7), a highly stable fuel with an extremely high flashpoint developed specifically for the A-12/SR-71/YF-12. In fact, JP-7 was so stable that it couldn’t actually ignite by itself in regular environmental conditions, even if a lit match was thrown into it. The match would fizzle out quickly as the fuel enveloped and extinguished it. Because of this characteristic, it needed a special chemical, triethylborane (TEB) to begin combustion within the J58’s chamber. If JP-7 was hard to ignite at lower temperatures, TEB was the exact opposite- it exploded upon contact with air. All the J58 needed was something to get its core compressors turning at a target RPM (revolutions per minute). Enter the Nailhead V8.

Or, actually two of them. To get the engine cores cranked up to 3200 RPM, ground crew were given use of AG330 start carts. These start carts housed a pair of powerful 401 cubic inch Buick V8 Nailhead-series engines, produced for Buick’s Skylark Gran Sport and Wildcat coupes. These twin 401s shared a common output which was linked up to  removable vertical driveshaft, jutting out from the top of the boxy casing of the start cart. To get the J58 turning and burning, the AG330 would be placed underneath the engine and attached via the driveshaft to a linkage leading to the core of the engine. An airman would be responsible for revving up the AG330, causing the core to spin. When the compressors reached 3,200 to 4,500 RPM, a “shot” of TEB was injected into the engine, causing a green-hued flame to leap out the rear of the J58. At this point, the engine could typically sustain itself and the start cart was unlinked and moved to the opposing engine to get it working too. 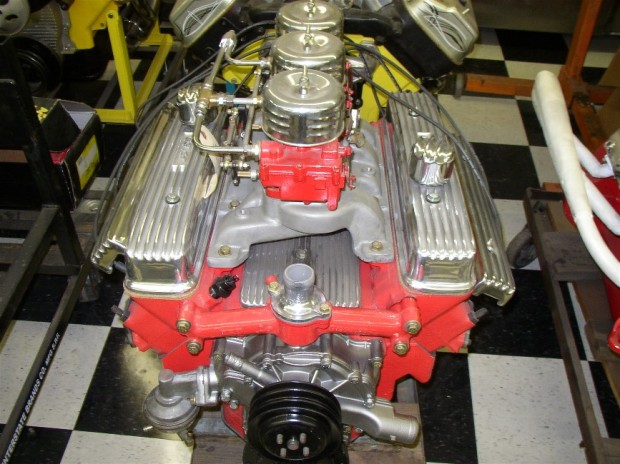 Over time, the Buick V8s were phased out in favor of paired big-block Chevy V8s, which were able to stand up to the considerable stresses placed upon it during the Blackbird’s startup far better than the Nailhead 401 could. Later on, Lockheed developed a few other options that would assist with getting the J58s whirring and ready to rock, though none of them were really ever as popular as the incredibly loud dual V8-powered AG330s.

A start cart is visible underneath the SR-71’s right engine (left side of image). Copyright: Alan Kenny, 2013.

1 Comment on Buick Nailhead V8s: The Unsung Heroes of the Oxcart/Blackbird Program

by Ian D'Costa in The Ready Room

Some years ago, a small group of talented musicians burst out onto the scene like a CBU-100. Composed of F-16 fighter pilots from the United States Air Force, they brought you such classic hits as “2’s Blind” and “The Legend of Shaved Dog’s Ass”… Still drawing a blank?! Dos Gringos, the de facto minstrels [read more...]