Though the USSR doesn’t actually exist anymore (and hasn’t for the past 25 years), military hardware from the former republic’s vast arsenals and inventories have a habit of showing up in the weirdest and most peculiar places in current times. In this particular instance, I’m referring to the Klimov VK-1, a diminutive turbojet engine used to power the MiG-15 “Fagot” and MiG-17 “Fresco” fighters of the 1940s and ’50s, as well as the Il-28 “Beagle” medium-range bomber. It still sees limited flight usage, but these days, if you travel to Russia, you’ll more than likely see it being used at airports or at railyards as a snowblower/de-icer.

Back in the mid-1940s, after the conclusion of the Second World War, the United Kingdom issued an export order for a batch of Rolls Royce Nene turbojets, which would be shipped to the Soviet Union as a sign of goodwill. Ever the opportunists, the Soviet government immediately commissioned the Klimov Experimental Design Bureau to reverse-engineer those turbojets, deconstructing them and then reproducing a cloned version of said jet. Chinese companies joined in on the fun by building unlicensed clones of their own. Within time, large excesses of these VK-1s were created, most of which were built as spares for fighters who had blown out their engines for whatever reason. Leftover engines were soon repurposed for use on Soviet railway networks, not to power trains (though the Russians did attempt that in the 1970s), but instead to clear the tracks during the brutal winter months of heavy snowfall. 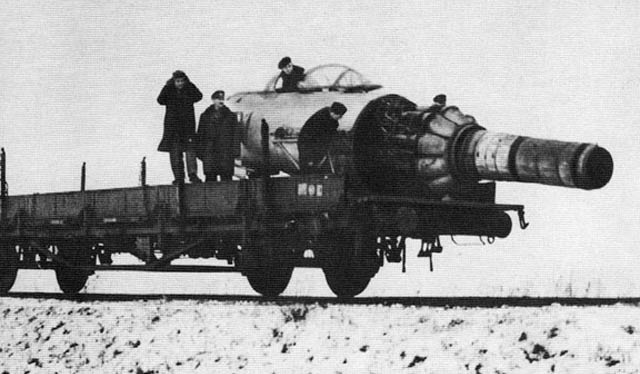 By attaching a VK-1 and a partially-assembled MiG-15 cockpit to the back of a flatbed train car and angling the exhaust nozzle towards the tracks, the Soviets invented a unique and somewhat effective way of clearing snow buildup quickly on their most important transportation arteries. Railroads were extremely vital to both the military and civil infrastructures of the country, and served as ferries for goods, materials, etc. Thus, making sure they were free of all impediments and hindrances (especially the naturally-occurring ones) was paramount. The exhaust vented from from the VK-1 was hot enough to melt the snow and ice, but also strong enough to blow it out of the way.

Eventually, the Soviet military wised up to another (similar) application of the VK-1 and mounted them on trucks for use on air force bases. This time, as snowblowers for runways and de-icers for larger aircraft including airliners. These trucks would drive up and down the lengths of active runways, blowing snow off the tarmac and melting any ice that would form overnight, in order to allow Soviet fighters and bombers the ability to take off and land without added worry of debris ingestion (which would prevent the aircraft from flying), or a loss of control while on the ground (slipping, sliding).  And oddly enough, this system is so effective that the Russians still use it today.

In Canada, at the moment, we’ve been sacked with four or five non-consecutive days of snowfall, and it’s already verging on mid-April. Thoughts of armies of these VK-1 snowblowers clearing the roads and pushing away winter weather in Spring are really helping to keep me sane right now…

One thought on “In Soviet Russia, Airplane Engine De-Ices You!”